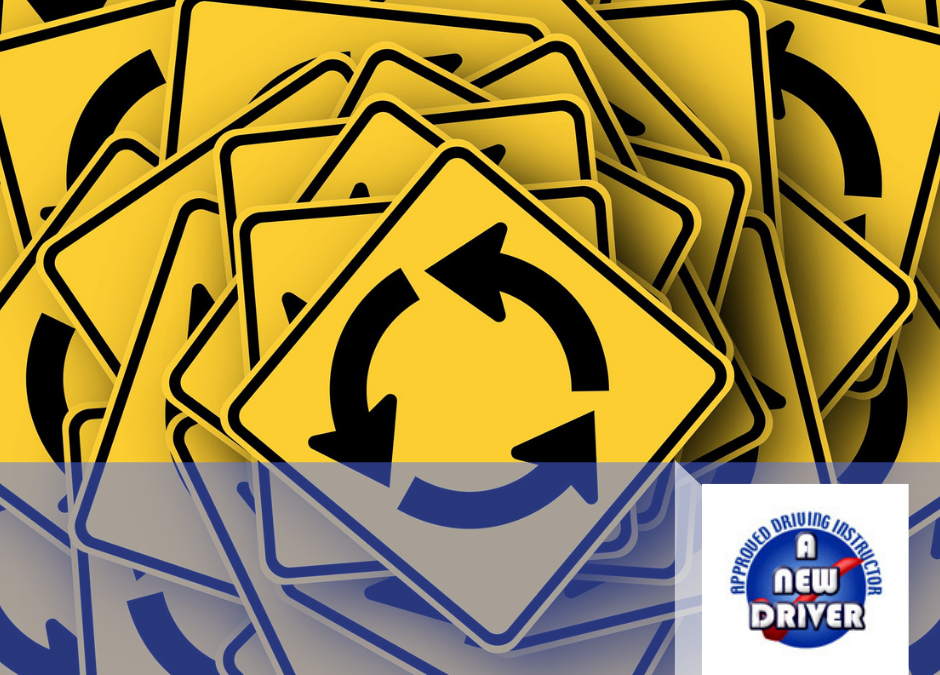 Many roundabouts have different road layouts, but let’s have a look at the roundabout rules in Ireland.

It is not possible to cover all possible layouts, however, the general rules given are a basic guide for approaching any roundabout.

If a roundabout is controlled by traffic lights, the traffic lights must be obeyed. Motorists should be aware of other road users such as cyclists, motorcyclists, horse riders, large or long vehicles and so on, who may have to change their position on the road to get around the roundabout safely.

It is also important to watch out for pedestrians who may be attempting to cross the roundabout. Enquiries relating to particular roundabouts may be directed to the Gardaí or to the local authorities. By law, a driver must enter a roundabout by turning to the left. Failure to do so is an offence.

Not every roundabout is the same. they are different shapes and sizes and can have different numbers of exits. some are controlled by traffic lights. The purpose of having a roundabout is:
to reduce delays – traffic flows smoothly compared to the stop and go traffic at normal intersections such as at traffic lights, to significantly reduce the risk of collisions
to reduce pollution – emissions from vehicles on roundabouts are less than they would be at traffic light junctions.

This ‘golden rule’ should help motorists to drive safely at any roundabout regardless of the number of exits: think of the roundabout as a clock.

If taking any exit from the 6 o’clock to the 12 o’clock position, motorists should generally approach in the left-hand lane.

If taking any exit between the 12 o’clock to the 6 o’clock positions, motorists should generally approach in the right-hand lane.

If there are road markings showing you what lane you should be in, follow those directions. Traffic conditions might sometimes mean you have to take a different approach but, in the main, the ‘golden rule’ will help you to drive safely on almost any roundabout.

Conditions at roundabouts may vary. When you’re coming up to a roundabout, look for directional arrows, road markings or signs which might be indicating which lane you should use for the exit you’re taking.

Move into the correct lane in good time. use the 12 o’clock ‘golden rule’ to help you plan a safe course of action unless road signs indicate otherwise.

Treat the roundabout as a junction, yield to traffic coming from the right, but keep moving if the way is clear.

Approach in the left-hand lane, indicate ‘left’ as you approach and continue to indicate until you have taken the left exit. Going straight ahead (or any exit to the left of 12 o’clock);

Approach in the left-hand lane (unless road markings say otherwise) but do not indicate ‘left’ until you have passed the exit before the one you intend to take. Where traffic conditions dictate otherwise, for example, a long line of traffic in left lane signalling left or road works in the left lane, you may follow the course shown by the broken red line. Taking any later exits (those past 12 o’clock – Right);

Approach in the right-hand lane (unless road markings say otherwise), indicate ‘right ‘on your approach and leave your indicator on until you have passed the exit before the one you intend to take. then change to the ‘left’ turn indicator.